Teenage child Artists Hasti and Harshit’s singing talent is something amazing they are born with.

THE GUIDING BEE - How To Find The Right Career For You 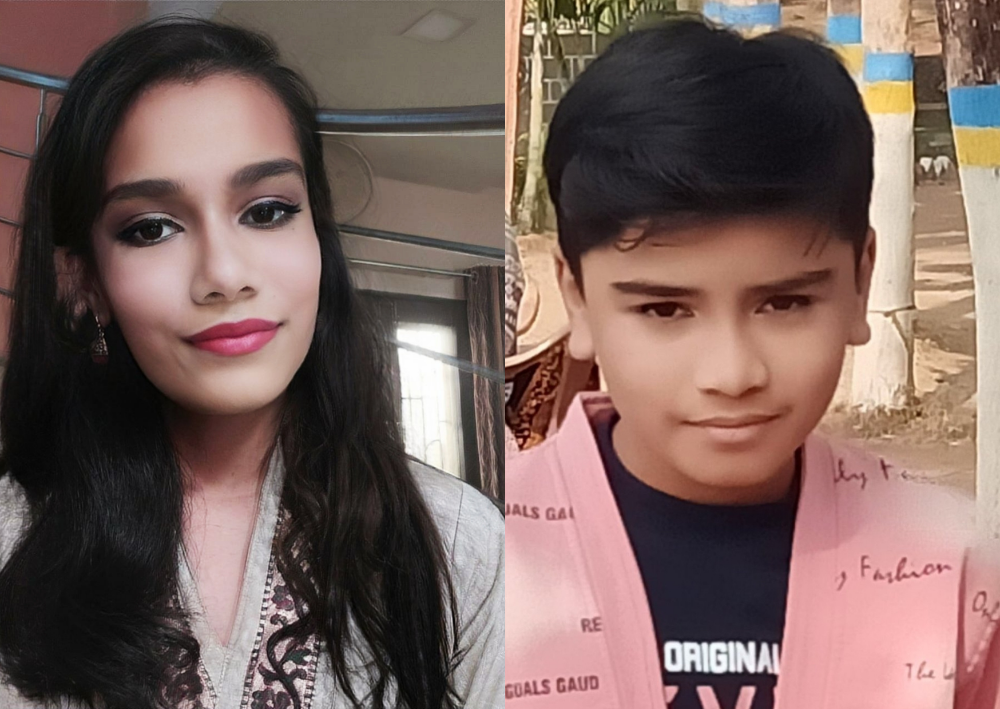 “Big talent comes in small packages; the melodious voices of Hasti and Harshit are being uncovered by renowned singer Deblina Mukherjee”

You Tube is indeed the launching platform for every talent including singing. Many famous singers were noted by people all across the globe in You Tube and Hasti Mehta and Harshit Mehta are one of them whose passion for music knew no bound. Their music album ‘Dekha Hazaron Dafa’ got released on You Tube on 21st May, 2021 under the production company named Nirjharer Swapna.

Siblings Hasti Mehta aged 14 years and Harshit Mehta aged 13 from Sangli in Maharashtra rose to fame from Indian Idol – Junior in Sangli and made themselves on the top until finale. Their singing talent was initially recognized by their father who took the initial step of launching his children in the field of singing and encouraged them to thrive their career and forge ahead with this unique art. They have been learning singing since 2016.

The sweet personality with sweeter voice Deblina Mukherjee, a voice trainer and forum artist of T-Series Music Company, came into their lives as an inspiration in the year 2019 to take their talent with an elevation to another level with an album.  Deblina loved their voice and began training them with perfection for next level. They successfully launched their music album “Dekha Hazaron Dafa” that comprises of eight different, beautiful and melodious songs on various themes written and composed by Deblina herself and sung by Hasti and Harshit.

Hasti and Harshit have been the participants in Golden voice of Kolhapur, inside Films, KJ Motion pictures sung Dil se, Sangeet Juniors and so on. They have impressed audiences with their abilities, undoubtedly they both remained as the most beloved sister brother singing duo. They are leaving no stone unturned in soaring themselves to the height of a playback singing sensation by honing their voice with regular singing lessons and voice exercises. Apparently this embarks them to lay the foundation of a positive and lifelong identity as a singer.

The mature voices behind their adolescence and tender age was something that evolved the audience’s eyes and eventually bestowed them with name and fame and captured the heart of the audiences with their natural great singing voice and excellent coordination. Behind their accomplishment there remained a huge role of supportive parents of them who feels extremely proud of having the gifted children with exceptional talent of singing.

At times the road to success as a singer might not turn out to be straight, however what is needed is an important tool that is a guru who can keep your creative skills and vocal abilities sharp with correct form of training and can open a door for you to a professional singing career. As a singer, keeping your creative singing talent on track also implies on the effort of the trusted mentor and gurus, Deblina being the one who had put her heart and soul and a ton of time into their success.

When asked about the secret to become a good singer they stated “Consistency is what makes a person perfect along with hard work, dedication, focus, and determination. Some singers get overnight success while some don’t but it’s absolutely fine. We need to keep trying until we reach our destination”.

In the words of Deblina “I agree to what Hasti and Harshit had said, however above and beyond singing is such a talent that already remains a natural foundation, what is needed is it needs to be cultivated and built and that is possible only with proper teaching and timely Reeyaz which can improve the innate characteristics. I feel really elated for having trained the two gems like Hasti and Harshit the charismatic souls with bright future. I have full faith they are going to soar higher very soon if they continue progressing this way”

Do shower your love on their album ‘Dekha Hazaron Dafa’ on Jio Saavan, Wynk Music, Gaana, spotify and so on. You can also discover them on You Tube and subscribe to their official You Tube channel ‘Hasti Harshit music Official’. You can directly reach out to them via following social Media Channels-

Can K. K. Nag take the legacy of plastic processes into the future effectively?